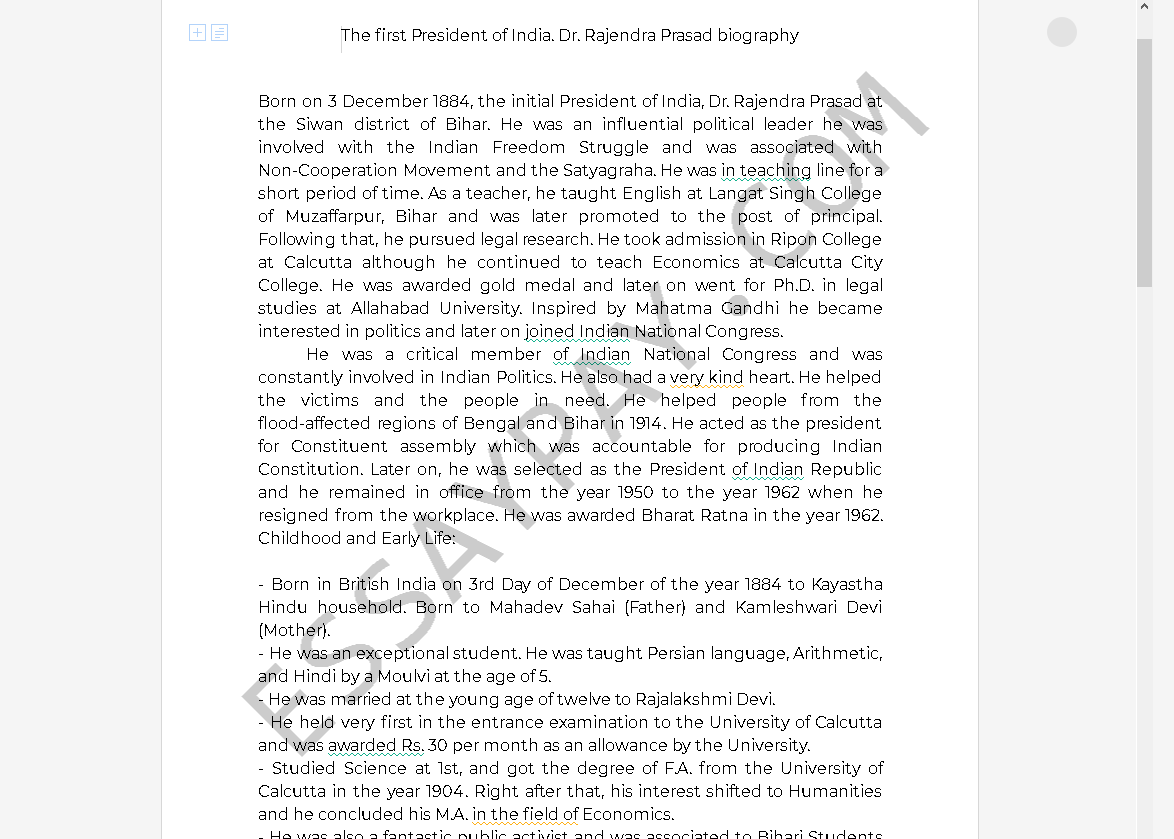 Born on 3 December 1884, the initial President of India, Dr. Rajendra Prasad at the Siwan district of Bihar. He was an influential political leader he was involved with the Indian Freedom Struggle and was associated with Non-Cooperation Movement and the Satyagraha. He was in teaching line for a short period of time. As a teacher, he taught English at Langat Singh College of Muzaffarpur, Bihar and was later promoted to the post of principal. Following that, he pursued legal research. He took admission in Ripon College at Calcutta although he continued to teach Economics at Calcutta City College. He was awarded gold medal and later on went for Ph.D. in legal studies at Allahabad University. Inspired by Mahatma Gandhi he became interested in politics and later on joined Indian National Congress.

He was a critical member of Indian National Congress and was constantly involved in Indian Politics. He also had a very kind heart. He helped the victims and the people in need. He helped people from the flood-affected regions of Bengal and Bihar in 1914. He acted as the president for Constituent assembly which was accountable for producing Indian Constitution. Later on, he was selected as the President of Indian Republic and he remained in office from the year 1950 to the year 1962 when he resigned from the workplace. He was awarded Bharat Ratna in the year 1962. Childhood and Early Life: