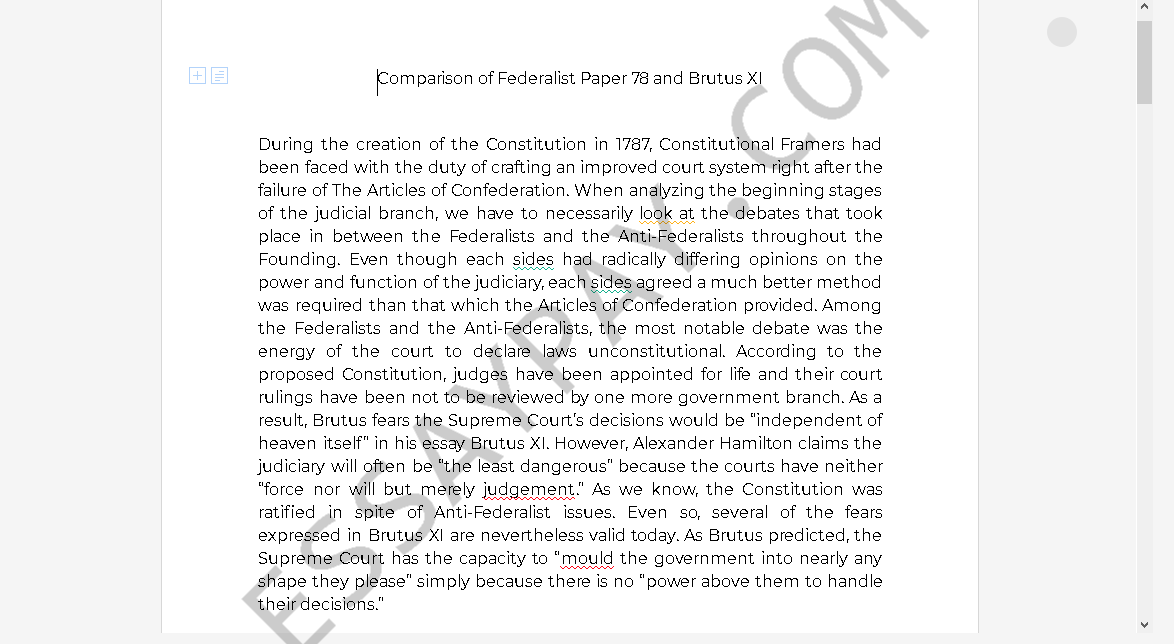 Disclaimer: This essay is not an example of the work done by the EssayPay© service. Samples of our experts work can be found here. All opinions and conclusions belong to the authors, who sent us this essay.
If you want to pay for essay for unique writing Comparison of Federalist Paper 78 and Brutus XI, just click Order button. We will write a custom essay on Comparison of Federalist Paper 78 and Brutus XI specifically for you!