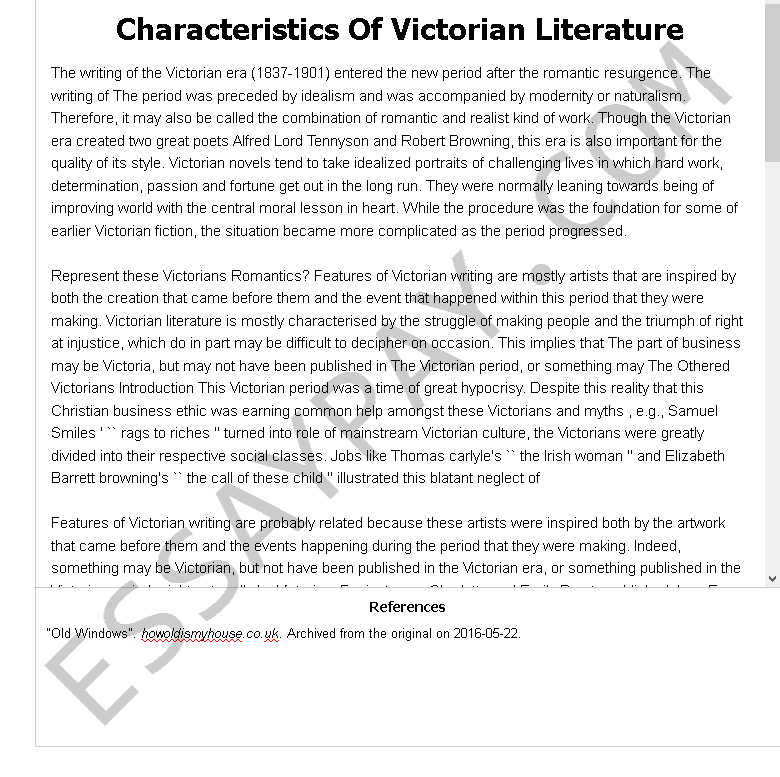 The writing of the Victorian era (1837-1901) entered the new period after the romantic resurgence. The writing of The period was preceded by idealism and was accompanied by modernity or naturalism. Therefore, it may also be called the combination of romantic and realist kind of work. Though the Victorian era created two great poets Alfred Lord Tennyson and Robert Browning, this era is also important for the quality of its style. Victorian novels tend to take idealized portraits of challenging lives in which hard work, determination, passion and fortune get out in the long run. They were normally leaning towards being of improving world with the central moral lesson in heart. While the procedure was the foundation for some of earlier Victorian fiction, the situation became more complicated as the period progressed.
[...]
CONCLUSION Wuthering Heights is unlike any other book in this style of Victorian writing at that it stands outsides the cultural traditions of its period. Victorian literature characteristically considers the person as a part of society. At Wuthering Heights, Emily Bronte depicts the world from a whole personal viewpoint like never before. While some of the good Victorian of the past to mid end, they deal more explicitly with ethical and cultural concern than she does. Emily conveys more of the primitive and spiritual side of the human life in this book, which is too hidden in the period.
[...]
If one studies perhaps, all the good authors of this period, you can mark three common characteristics, first, writing in the Victorian era tended to be direct with realism. That reflected more on possible issues and interests. It turns into a powerful tool for human development. Secondly, the Victorian literature appears to differ from the rigid rule of “ creation for art’s purpose ” and asserts its ethical intention.
[...]