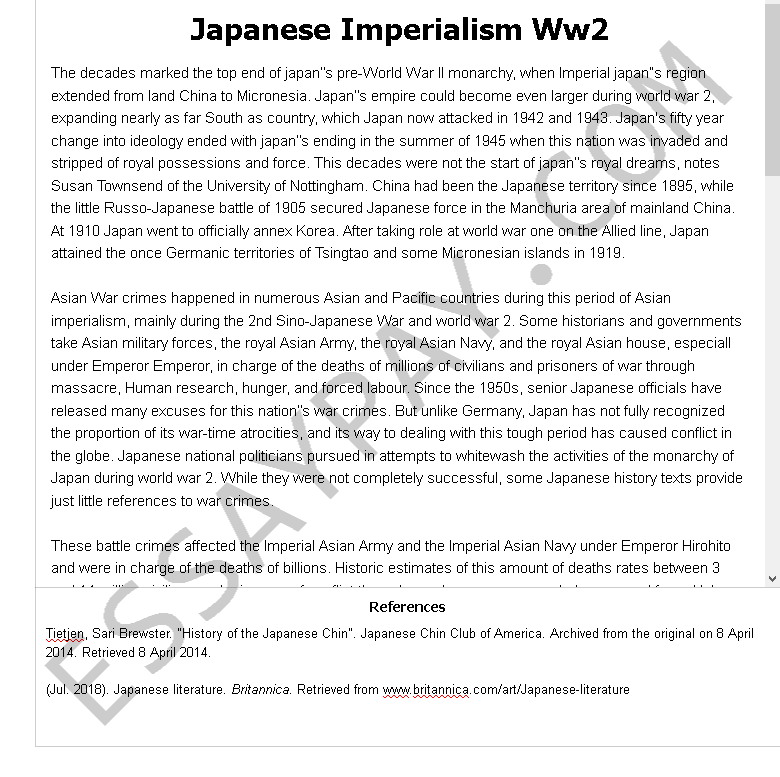 Japanese ideology was not just about increasing the country’s area. It was also fuelled by a strong philosophical sense of work and racial supremacy. These thoughts were captured in the language widely used in this moment but rarely saw today: Pan-Asianism. Proponents of Pan-Asianism at Japan thought that they were extending their empire in order to liberate Asian territories from West imperialism.2 in the brains of some Asian, Extending their empire into different Asian areas was somehow different from this kind of ideology. They believed of their dreams as getting their Asian comrades together.
[...]
Some historians and governments take Asian military forces, the royal Asian Army, the royal Asian Navy, and the royal Asian home, particularly under Emperor Hirohito, in charge of the deaths of millions of civilians and prisoners of war through massacre, Human research, hunger, and forced work either directly committed or condoned by the Japanese military and administration. Appraisals represent from 3 to 14 million victims.
[...]
Also forming part of the foundation for this development of militarism was that independence from civil power enjoyed by the Japanese armed forces. In 1878, the Imperial Japanese Army established the Imperial Asian Army chief personnel business, modeled after the German chief Staff. The business was independent of, and same (and after superior) to the building of War of Japan in terms of permission. The Imperial Japanese Navy shortly was with the Imperial Japanese Navy chief personnel. These chief personnel agencies were in charge of the preparation and implementation of military operations, and reported directly to the emperor.
[...]